While meandering through the streets of the area of Savannah, Georgia, known as the downtown historic district, I crossed paths with a building of particular interest to me as it relates to the cookieghan.

Here is the staircase that leads up to the front entrance:

Growing up and coming of age at a time of unrest and change, Juliette (known as “Daisy” to friends and family) was a woman with a resilient and intrepid spirit who harnessed these attributes and founded the Girl Scouts of America.

And this is where my path originally crossed with Juliette Gordon Low’s.

While not a Girl Scout myself, I am an avid supporter, and I express my support by buying boxes, and boxes of Girl Scout cookies each January. And it was the cookies in these boxes (delivered in February) that inspired two of the thirteen cookie designs in the cookieghan.

The first, seen to the left of the red and white swirl cookie, is a crochet confection based on the Girl Scout Lemonades™:

The second, seen here, is based on the Caramel deLites™:

I made thirteen of each to be included in the cookieghan I am working on, and between yesterday and today, I managed to finish joining the cookies for rows 7, 8, and 9:

which (I think) look rather fetching with all of the other rows I have so far completed:

After learning more about Juliette Gordon Low, it is hard not to admire her pluck and determination, as well her life-long dedication to work to make things better for others, and maybe, just maybe, some of that will live on in the crochet cookies her work has inspired: 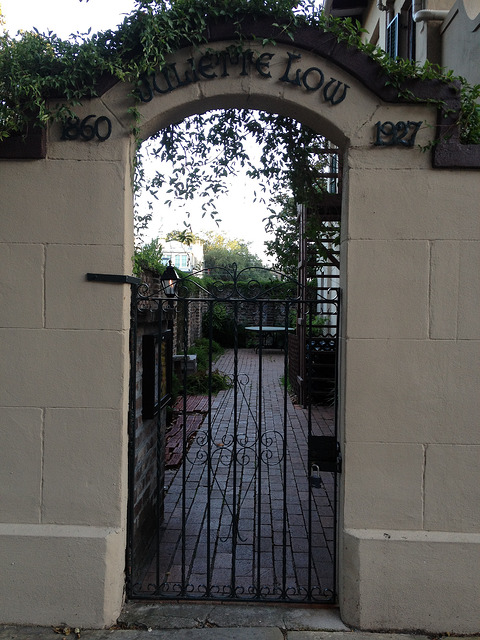 2 thoughts on “of Lemonades and Caramel Delites”